The elf on the shelf is a special Christmas family tradition, that keeps the spirit of Christmas alive. The tradition goes like this: an elf is sent from the North Pole to scout whether children are naughty or nice during the day and report back to Santa during the night.

The only two rules are, that the elf shouldn’t be touched or it will lose its magic, and the elf will not move or speak while kids are awake. But, a simple elf on the shelf will lose its whimsicality if you don’t do something special with it.

Here are some awesome and fresh ideas to jump-start the magic of the elf on the shelf.

If you’ve inducted your kid into your daily Starbucks routine, then they can relate to this on a nostalgic level. Let the elf “dress up” like a Starbucks employee and serve the pink drink any time of day. This will bring a smile to your face every time you look at it!

This is the perfect way to get your family off their damn phones and finally eat dinner and make ACTUAL CONVERSATION. Yes, I said those words. Place a glass jar big enough to hold all your phones in the center of the table, and prop up a sign with the elf saying “disconnect to reconnect.”

This is a little sad to see the elf sitting in a corner, but I find this as a creative and constructive way to make kids see timeout as a good thing. “Elfy didn’t clean up his toys, so he’s in a timeout.” It’ll work wonders at home. Or at least it’s better than telling your child a large lizard will eat them if they didn’t eat their broccoli (thanks mom).

Looking to take Taco Tuesdays to the next level? Wrap a few elves in a tortilla and place it as a sort of decor on top of the tacos! Make sure your kids don’t eat it by accident of course.

5. Riding In On A Parachute

The elf has traveled from the North Pole. So obviously, he’s going to arrive in style. Attach a parachute to him, and place him in plain sight to attract your kids’ attention!

If your kids are a fan of the movie Frozen, this brings the whole “Do you wanna build a snowman” to life. But I swear, I cannot listen to those songs anymore. There’s a limit to listening to songs after like, the 100th time.

Perfect for the little sports fans at home, gift your kids a basketball jersey or a signed ball! With an elf dressed in a jersey of course.

8. Hiding In The Houseplant

Often the place I find my keys, it’s also perfect for an elf to chill and hang out. How else can he discreetly escape at night to the North Pole to report who’s naughty or nice?

As a mom, it’s impossible to even take a breath, let alone a break. A break is about as far as Mars. Put your elf on a break in this whimsically cute marshmallow bath. Is there anything cuter? I think not.

By far the most Halloween-ish, in the way that it’ll scare the crap out of your kids when they see a tiny elf poking out of their cereal box.

Having trouble getting enough fruits in your diet? Have the elf casually lean near the bananas to persuade your kids to try out the bananas the elf seems to “like” as well.

Turn this elf into a snow globe by putting it in a glass dome full of marshmallows! For a bit of fun and a new dynamic, add a small snow globe next to the elf one so your kids can play with the real one!

I feel like this is a cute way to gift Hershey kisses as well! You can either present it to someone or just have it in a glass bowl in your living room for easy access.

Trying to outdo your neighbors in the Christmas decoration competition? This year, go small not big. Set up lights along your pathway, and make your small elf sit in its glory at the topmost step.

There’s no such thing as too many sprinkles. Which is why the elf is lying in a pile of them and making sprinkle angels. Hey, I’m not judging. Everyone has their weird and unique quirks!

I feel like this is an idea for more mature kids……because how many kids know Miley Cyrus came in, naked, on a wrecking ball? Not your 4-year-old kid.

Tired of pulling all-nighters and long hours at the office? You’re probably groaning as you get out of bed and drag yourself to the bathroom. This will make your day! Keep your elf near the faucet, and make it look like it’s chilling and having the time of its life.

By far the most creative and persuasive idea! This will give your kids a little chuckle when they see the elf sitting on the spray bottle. Plus it makes chores much more fun!

Hey, even elves need an artistic outlet! Why not let them be in a rock band to fuel the era of metal piercings, black makeup, and tight leather pants? Pink Floyd had to find inspiration from somewhere!

As an element of decoration, this elf has a very important job! To cheer up whoever sits as the breakfast table for the wonderful spread you have prepared for them! To make it even more fun, have some pancakes and separate toppings ready so that kids and adults can put their twist on it.

With a twine string, clothespins, and a few elves, this could set the scene for Christmas! Kids will be tempted to use it as their zipline, so use this idea at your own risk.

This only works if your kids have enough patience to look at the presents before attacking and mauling them. Set a few elves in a sitting position on top of your kids’ presents as a messenger for a special delivery!

I guess this is what Albert Schweitzer meant when he said, “lead by example.”

While your kids definitely can’t binge on candy, because we don’t want a reenactment of what happens after a binge according to Pitch Perfect……..your elf can! Stick your elf in a bag of candy and tell your kids that they’re being watched for the naughty or nice list! It’s the perfect way to show authority without being too mean or receiving the classic, “no fair mom” comment.

Not sure how to get your kids more active? Position your elf on a tiny yoga mat, and it’ll definitely do the trick. I mean, you don’t necessarily have to do yoga, but seeing the elf do it may give your kids a push in the right direction. Healthy persuasion, am I right?

Having a cocoa party on its own? Boring! With your elf buddy, this wonderfully delectable chocolate drink can turn into a memory to cherish for a long time with your kids.

In the habit of forgetting things? Join the club. I once left my phone on my t-shirt. In the closet. How does that happen?? Stick your mini to-do list on the refrigerator near a small elf, and never forget your errands again!

Think of it like recreating a scene from Toy Story. It’s even cuter if the elf is playing Connect four with another favorite doll or toy.

Gingerbread houses are a classic decoration in the house. But they’re time-consuming. Make a palace out of Poptarts instead, and have your elves take credit for it by having them lean against the house.

This doesn’t happen in real life, because I would have made a million Hershey kisses by now. Elves have superpowers.

There’s a bunch of ways to amp up the creativity of the same old “elf on a shelf.” Get thinking! 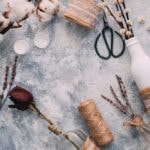 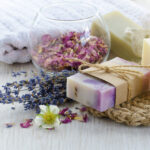 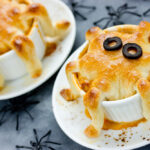 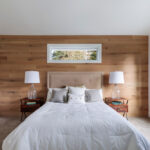 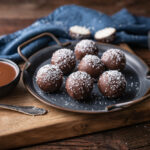